During my early stay in Hormuz Island, I worked with kaniz. We produce many collaborative art works.  As we were working on the paintings, Kaniz told me many stories. Kaniz’s life story is strange. 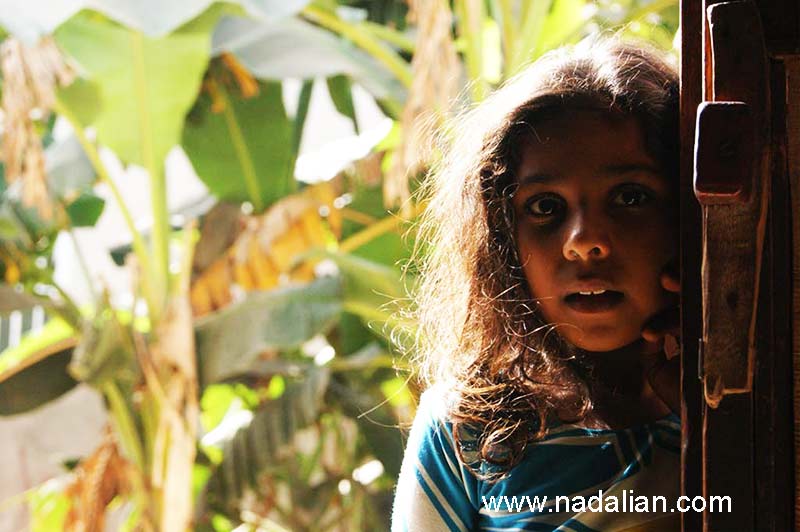 She got married when she was seven years old. In some small towns, parents decide the arranged marriage. I asked Kaniz’s mother why she decided for her daughter to get married so soon. She said she also got married when she was seven. Kaniz’s mother gave birth to 25 children. Only five of them lived on. The reason for having so many children was because they wanted to have a boy. Kaniz’s mother has a son now, but he is disabled. When he was only 6 months old, He got a mistaken injection that made him disabled.

I am sorry my story has a sad beginning; in fact this is not a story, it is real. 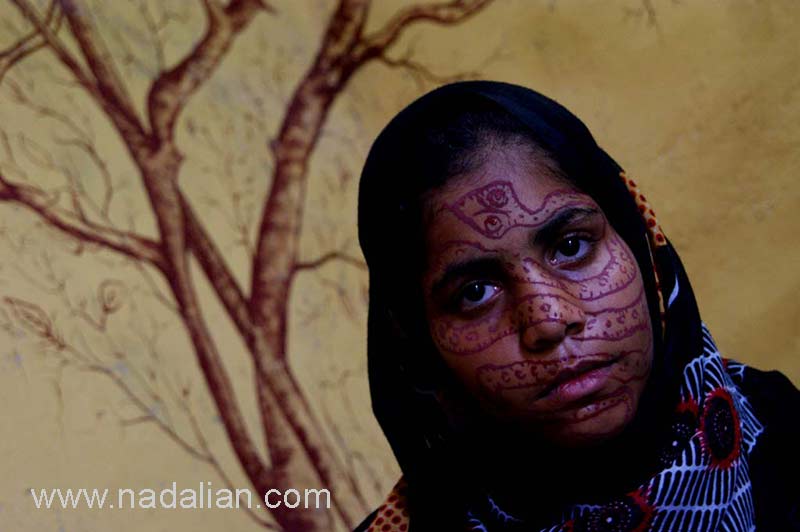 At the age of 15 she learned that her husband has another wife. 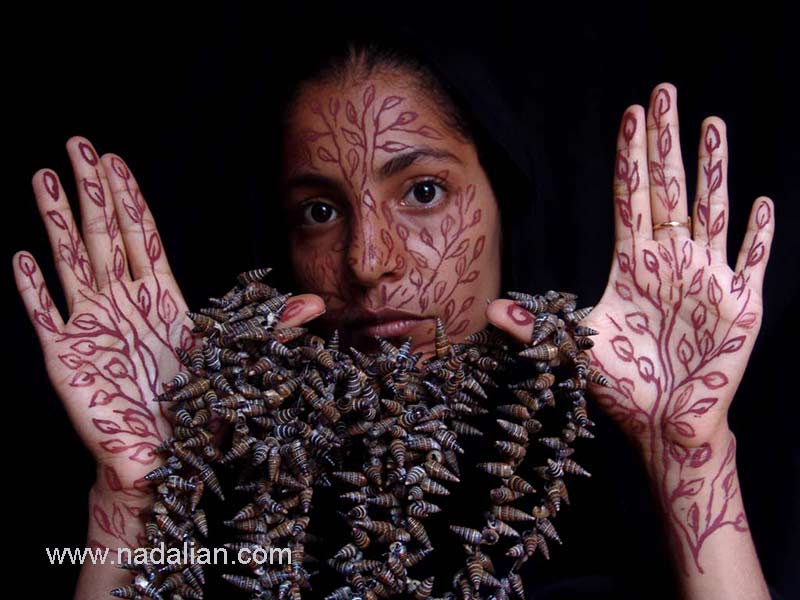 At the age of 16 she married again. 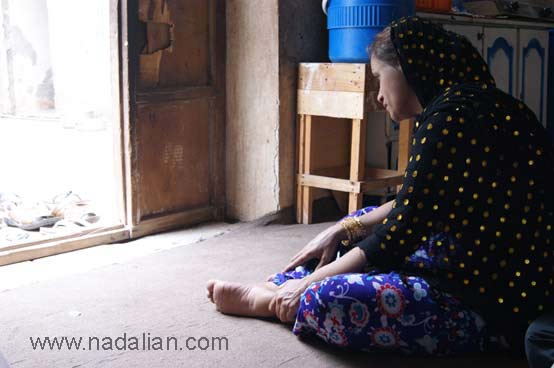 She had seven children that her husband left her and marred with another wife.

She start to work to support her children. Kaniz usually used live snail, slug, cochlea and shell to make necklaces and other handcraft. This is a job of many jobless families in the Island 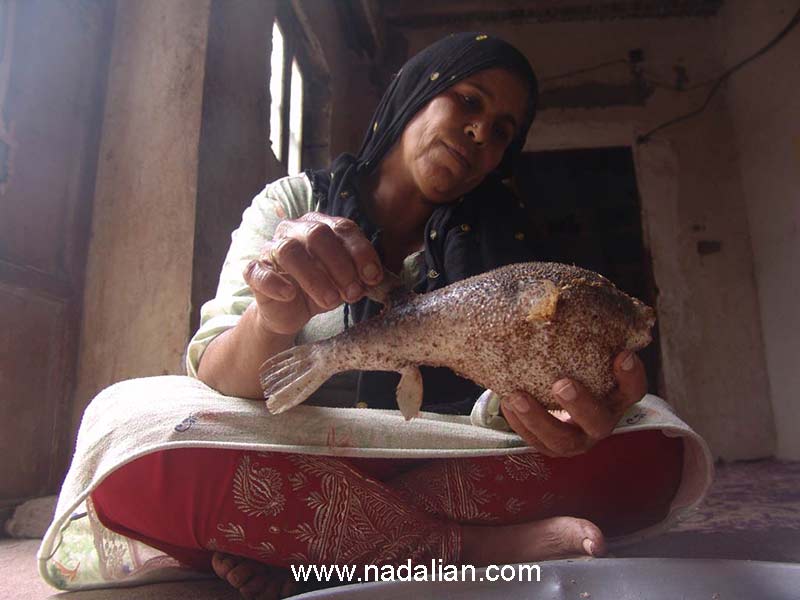 After few years Kaniz married for third time and with this marriage, she received 6 more children. I confused to learn that her third husband had already wife and children.  Now I know that Kaniz can be a mother for 30 children ! 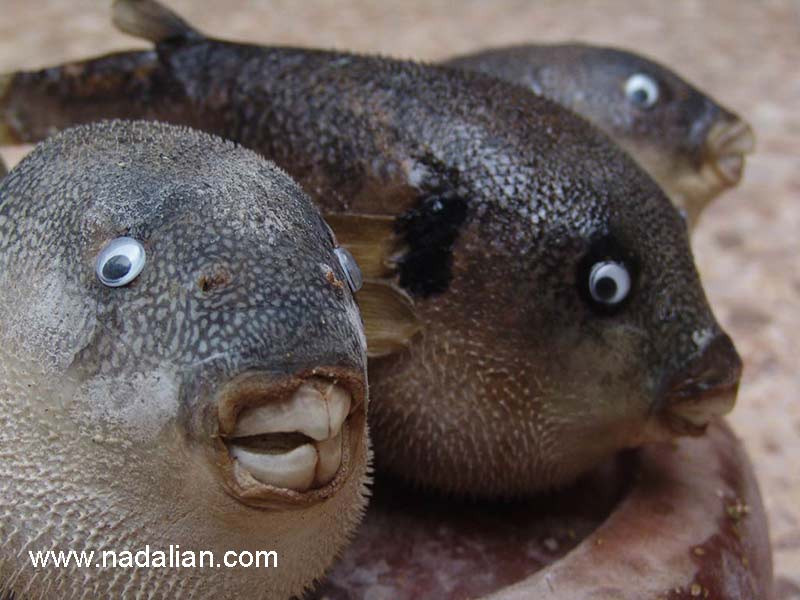 Third marring din not reduce the works and responsibility of Kaniz.

What annoyed me was that Kaniz usually used live creatures such as  snail, slug, cochlea and shell to make handcrafts. This is a job of many jobless families in the Island 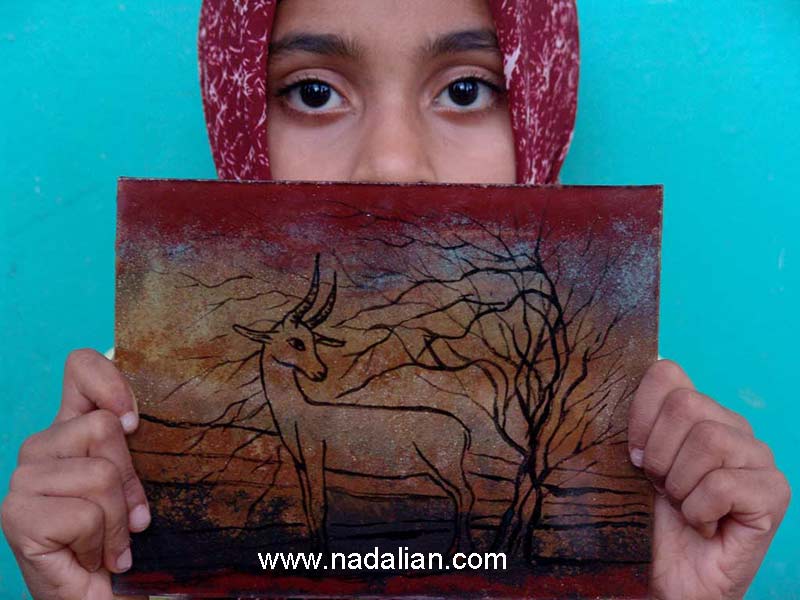 That is why I used organic ink and colored earth to produce these painting behind glass (stained glass?) I suggest that this be the handicraft of this island

A gift from me to people and from people to tourists

I decided to teach this type of painting to the woman of Hormoz Island who has no enough income.

I taught them how to prepare the colors and paint.

For this method of painting they can use a pattern 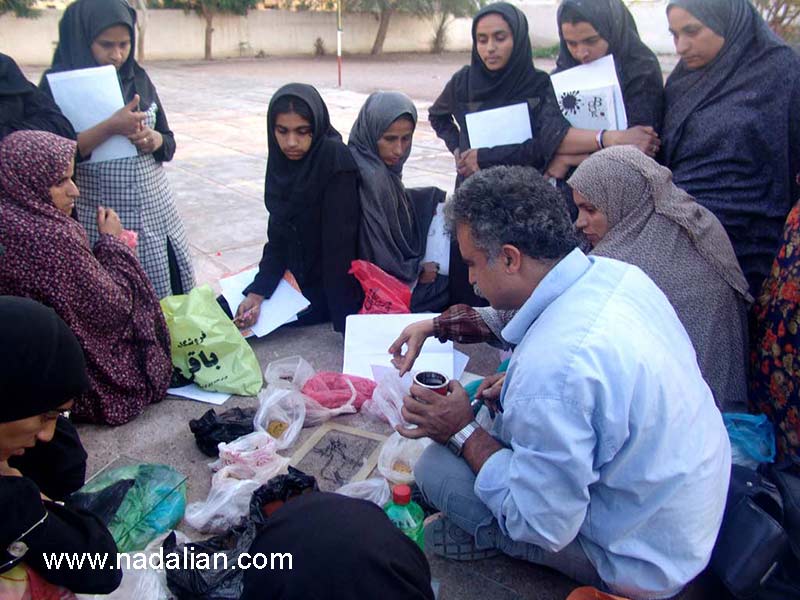 One day I met Kaniz and she asked me to teach her earth painting too. I encourage her daughter to learn and paint earth paintings too. I hope one day she stop using uses live fish , snail, slug, cochlea and shell to make handcraft and necklaces Kaniz and her daughter begin to paint.

We used organic colored earth and produced a number of painting behind glass. 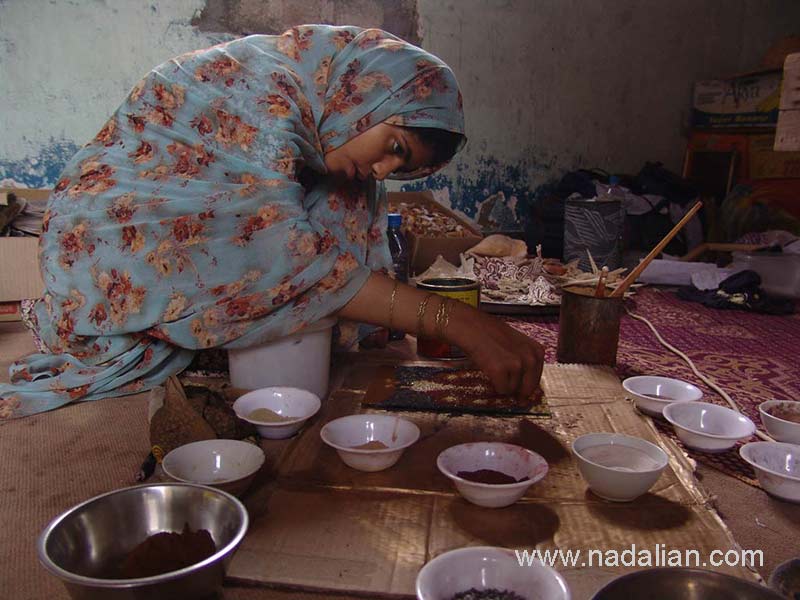 During the 20 festival of environmental art, one night we arrange a sale for their works. 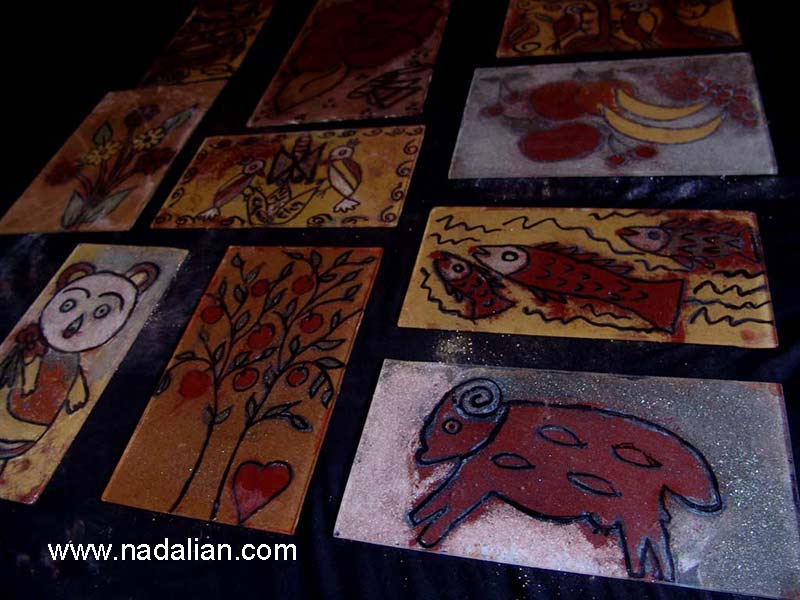 The environmental artist bought works from them. As a result, she produces more works.

In Kaniz house we spent good time and we have good memory. 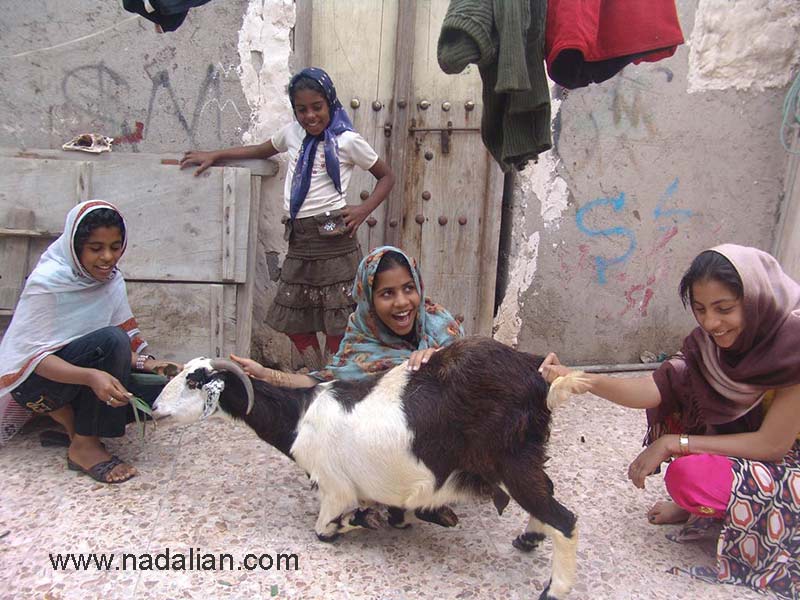 We borrowed some hair from a goat and  I made a type of organic brush. 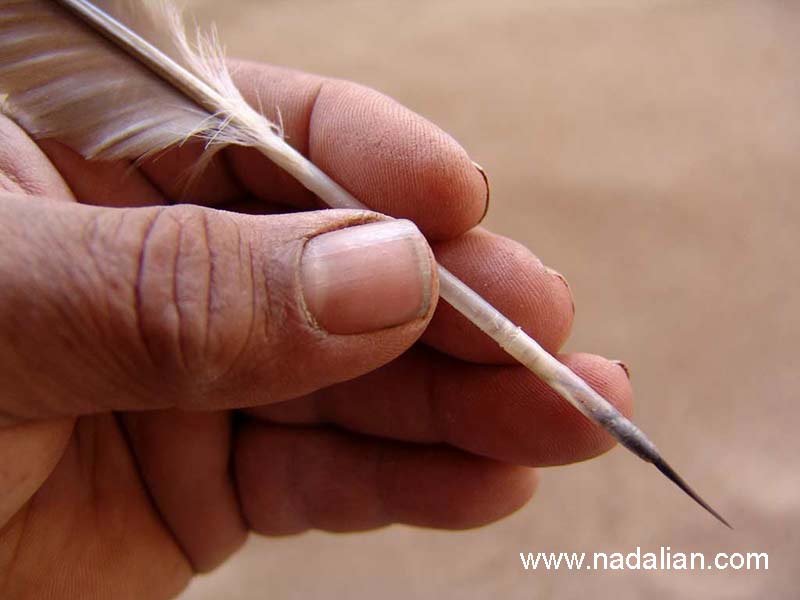 In January 2010 I was also inspired by the primitive drawing of Kaniz and her life to produce a number of painting behind glass. Beside teaching painting to Kaniz I learned and inspired by her primitive style.

During the 25th festival of environmental art , I sold some of my works and dedicated money to Kaniz

We made a lot of artworks during my two weeks stay at Hormoz Island in March 2010. 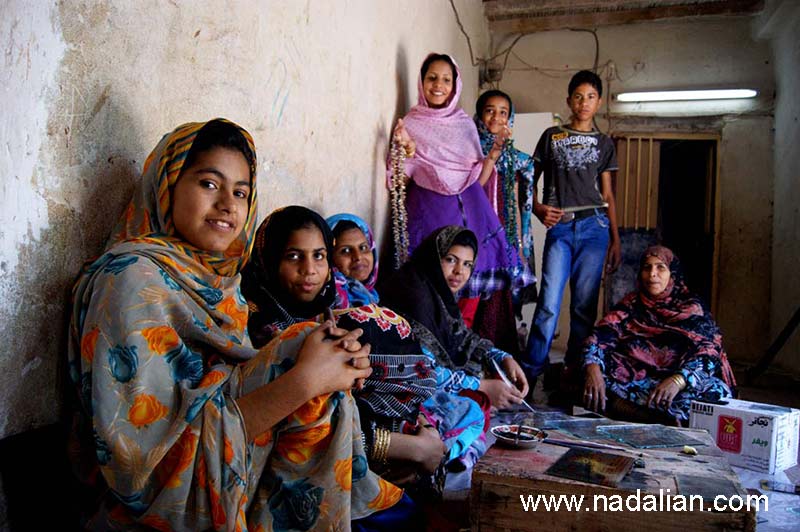 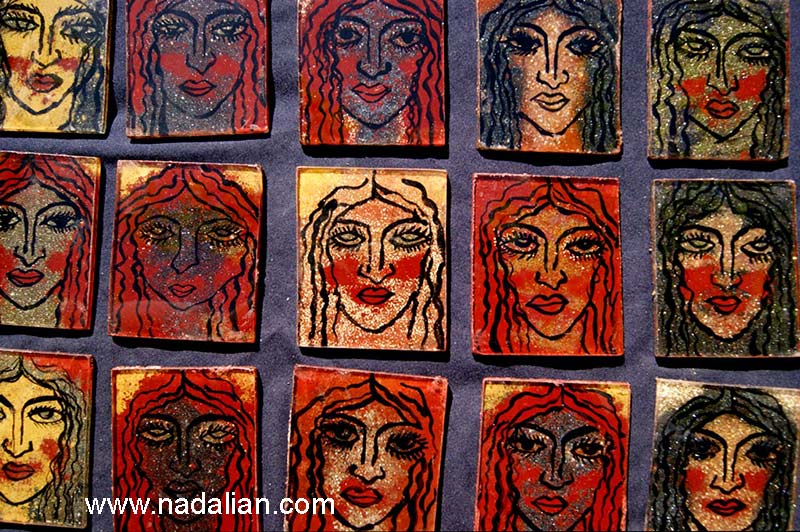 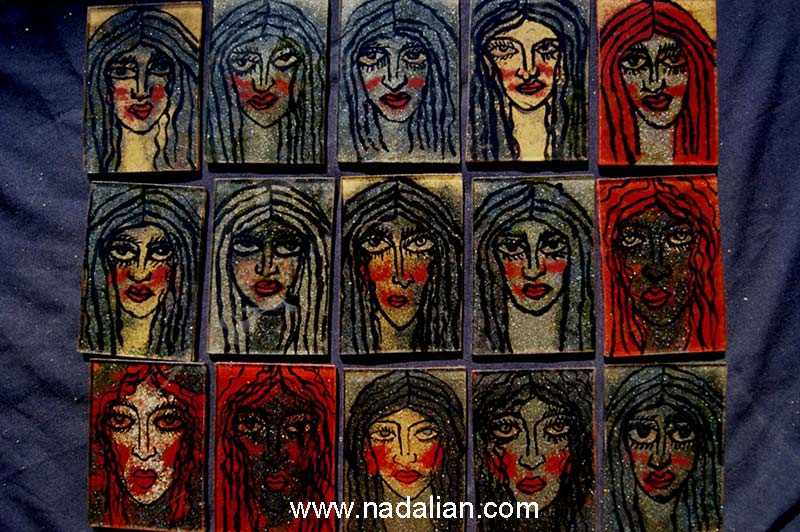 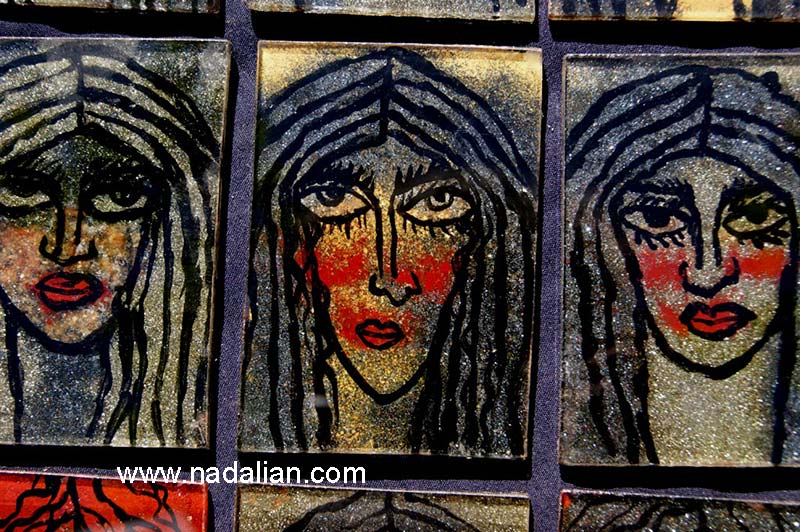 The initial idea was to make paintings as craft, but each girl painted their own portrait. 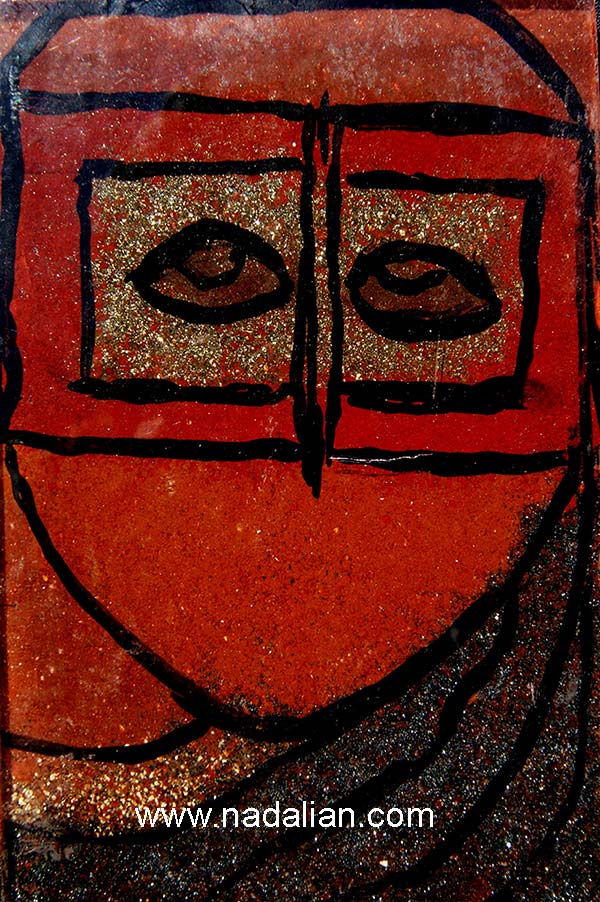 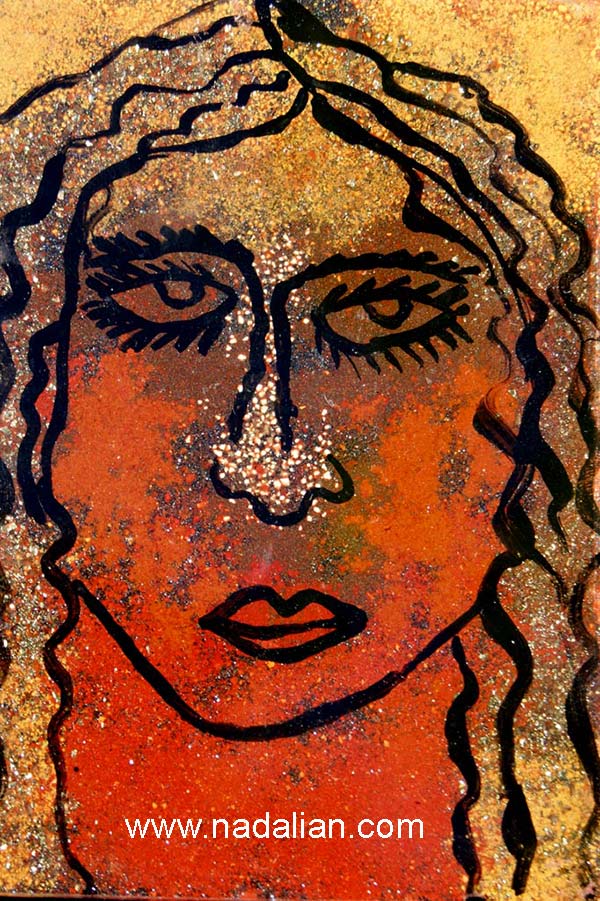 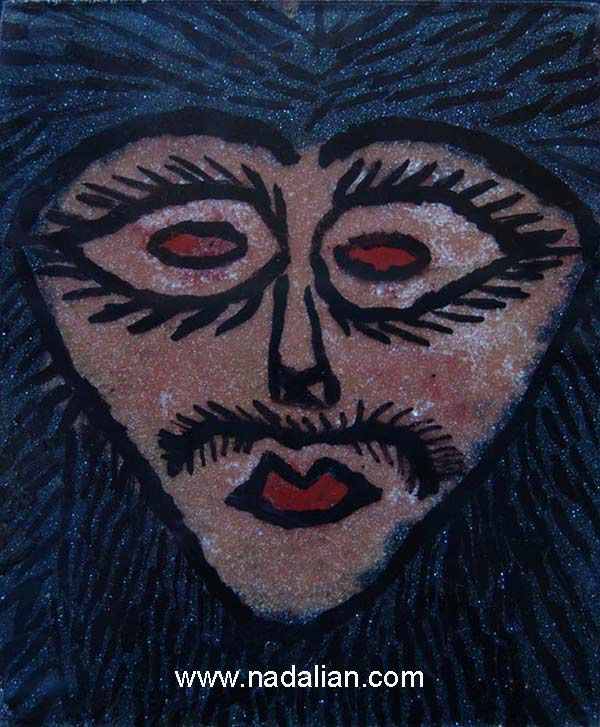 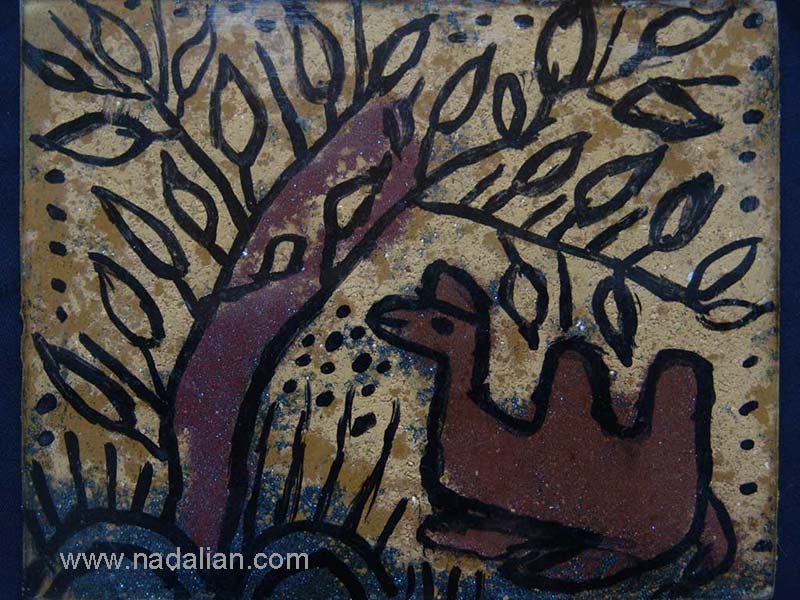 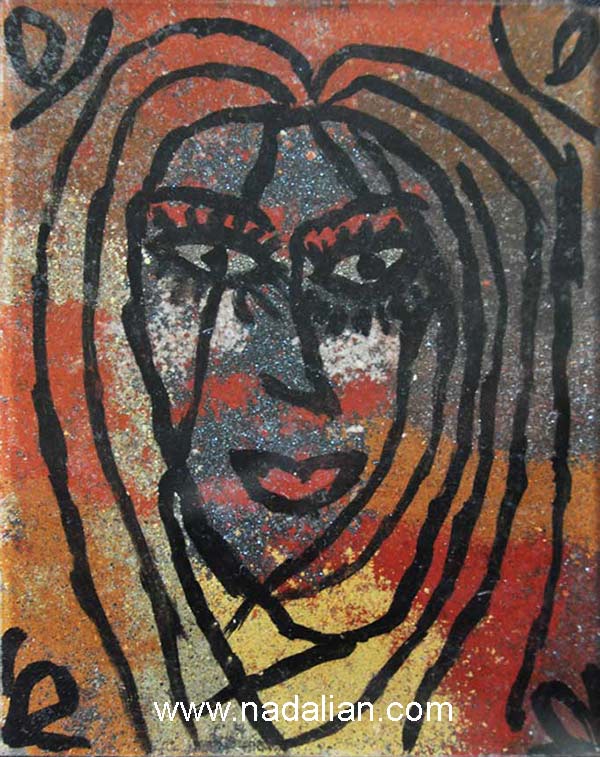 We sold their works to tourists and that made us happy. 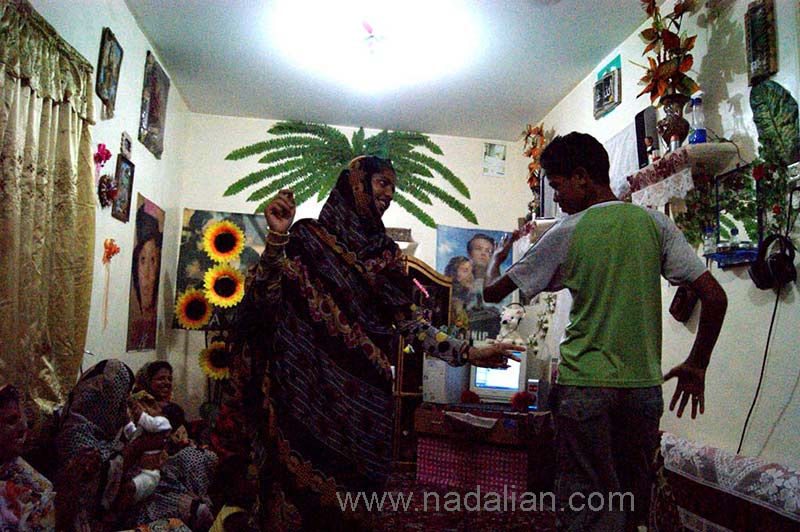 We celebrated that night. 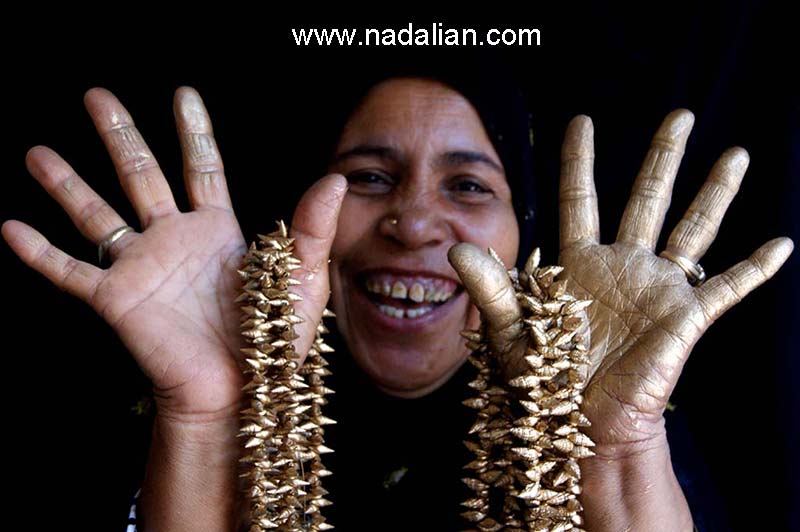 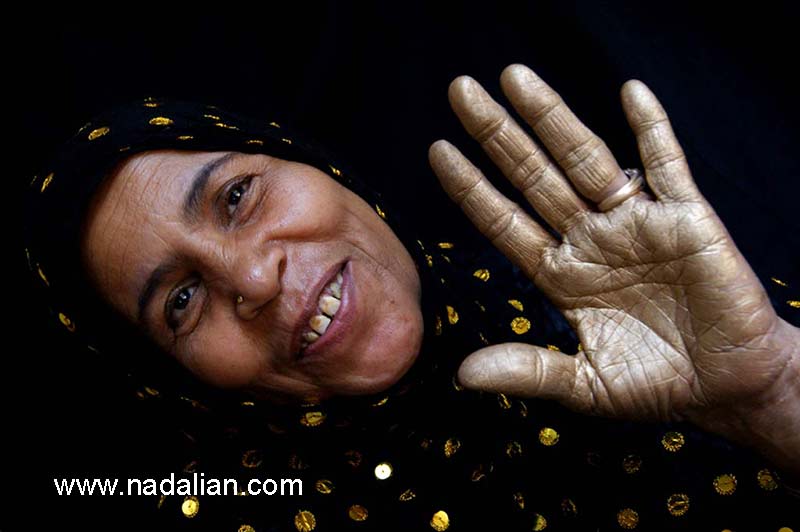 Despite all of her sufferings, Kaniz seems to have a childlike happiness. I admire her for that, and I wish I could be like that. She is a real artist to me.

The people who she is surrounded with also have unusual stories.

One of Kaniz’s grandchildren has no birth certificate. Before he was born in Iran, his father worked in Dubai.  His father did not present his identification card when the son was born, and so he does not have a birth certificate.  That is why he cannot go to school. He is about 16 years old and still illiterate.

He has no nationality.

He belongs to nowhere.

Why? What did he do wrong?

Is there anyone who can help him? How? Please let me know.